It is finally confirmed, a new theme park has been announced for Orlando. Universal has partially lifted the veil of secrecy on its plans for a huge tract of land that it purchased over a year ago. Work has been ongoing ever since to prepare us for something Epic. If you are planning on visiting Orlando then read on to discover a little more about what you can expect to see and when you can visit it.

COVID has had far reaching effects on the travel and tourism sector. Theme parks worldwide are struggling with low attendance and reduced spending. To offset this park operators look to reign in capital expenditure in the short term. The cost of building Epic Universe would have been a colossal cost on Comcast, Universal Orlando’s parent company. In April before the full effects COVID would have on the industry were known, Universal officially announced a postponement to this project. That would have pushed the opening back 1 year to 2024.

Revenue for the 2nd quarter of 2020 at Universal Parks & Resorts was down a massive 94% compared to 2019. Something has to give until the sector can see some kind of return to pre-COVID levels. As such, Epic Universe construction is still going ahead but the projected opening date is now 2025 or a little later.

This isn’t an outright cancellation as yet but we can certainly say that Epic Universe will not be welcoming guests until likely beyond 2025 and spending at the parks rebounds enough to warrant Comcast continuing with this project.

Something Epic Is Coming

In a tease before the official reveal, the tagline “Epic Is Coming” appeared on official Universal Orlando social channels and Epic is right. The name of the new theme park is to be called “Universal’s Epic Universe”. Along with the name, we also have the new park logo and some very bold promises.

A short announcement on the official Universal Orlando Parks Blog promises that Universal’s Epic Universe will “offer an entirely new level of experiences that will forever redefine theme park entertainment”. The exact details of the experiences have been kept under wraps leaving many to pour over the concept art of the new park to look for clues.

Work has been underway preparing the site since the purchase of the land was made final over a year ago. At 750 acres, it is the single largest plot of land left for redevelopment near the main International Drive corridor. Although work has been ongoing for the past 12 months there is still a lot of work to be done before we will see anything like the Epic Universe taking shape.

Although no official opening date has yet been set by Universal, it is widely speculated that we will not be able to experience this new theme park until 2023 (UPDATE: Now forecast to be a year later in 2024 because of the worldwide Coronavirus pandemic) at the earliest.

Remember that although Universal’s Epic Universe has been announced, there is still a lot more to this huge parcel of land that isn’t yet public knowledge. At the moment all we know is that there will be a new hotel and entertainment district (Citywalk 2.0) opening alongside and, perhaps part of, the new park. You can bet that Universal already has a lot of unannounced developments for this highly prized piece of real estate. It is going to take time for the ground to be stabilised and basic utilities to be installed to make this as future proof as they can make it. Once that is completed then we can expect construction to be going vertical but that is probably at least another year away.

Universal Orlando’s original plot of land at the top of International Drive is already at capacity. Following a huge amount of investment in hotels and the new Volcano Bay Water Park, there is little room left.

Universal bought Wet ‘N’ Wild which was demolished as soon as Volcano Bay was ready. The Wet ‘N’ Wild site is now home to 1 and soon to be 2 economy friendly hotels, collectively called the Endless Summer Resort. They sit between the original Universal Orlando and the newly purchased plot of land.

What Can We Expect To Find In Universal’s Epic Universe?

This is where speculation takes over. Nothing official about the contents of the park were announced. Online rumours have been persistent about what we can expect to find. Until Universal Orlando officially announces it, please treat the following as just speculation and educated guesses.

In a break of tradition, for Universal at least, Epic Universe will likely adopt the hub and spoke design favoured by Disney. This will enable each land to be as immersive as possible. Don’t expect to be able to hop from one land to the next. Each land will likely only have 1 entrance and exit. Expect the entrances to be elaborate portals into the worlds contained within. Sightlines will be carefully controlled. You won’t be able to see the tops of one land protruding over another.

This is the easiest to speculate as Nintendo and Universal announced a partnership to bring Mario, Luigi and pals to life way back in 2015. Work is currently at fever pitch over in Universal Studios Japan ready to open their Super Nintendo World expansion in 2020. Construction started in 2017 and timed to coincide with Japan hosting the Olympics.

It was first thought that Universal Studios in Orlando would replace their dated Woody Woodpecker Kid Zone with a Nintendo themed land. This never materialised despite some concepts leaking online.

If you would like a possible taster, the guys at Polygon posted an update about the announcement of ‘Super Nintendo World’. They share some details about the land as well as show us the Orlando concept model. The model dates from 2016 so things will probably have changed a little between now and then. It should still give you a great idea of the overall theme the land will have once its opened.

While it can neither be confirmed nor denied currently, the fact that Universal hasn’t tapped their vault of classic monster stories is seen as a faux pas by some industry watchers. Expect Universal Classic Monsters to bring the stories of a Frankenstein and Dracula to dramatic life. Noted industry watcher Josh Young goes even further on his TPU Blog, stating that work on this land has been ongoing for several years.

How To Train Your Dragon

A somewhat more controversial addition may be that of a land possibly based around the popular How To Train Your Dragon franchise. There are currently no plans to further the franchise that anybody knows of. By the time the park opens we could be 5+ years out from the last movie making it dated before it’s even arrived. There is no denying that it isn’t a popular franchise but to include it without a roadmap of the franchise is puzzling. We will have to wait and see on this one.

A Universal park without some connection to Harry Potter would seem out of place. Just don’t expect the possible Fantastic Beasts Land to include any crossovers from the original Harry Potter franchise. The logistics of transporting people seamlessly between lands not to mention the time differences between stories would be just two headaches. If it is included expect this land to stand on its own feet.

What Can We Learn From The Concept Art?

It is highly possible looking the concept art that the centre of the park will remain free to walk through. Each land would require a ticket to enter. Think of it as a living billboard. Would you want to travel all that way and see tantalising glimpses of what lies within without experiencing some of the immersion and thrills? How this will play out logistically remains to be seen but I’m sure Universal has a plan, they just haven’t confirmed it yet.

Another noted amusement blog, Amusement Magazine, has been covering the rumours of the park for some time now as well. If you would like more of an idea of what could possibly await us come 2023 please check out their post about breaking down the concept art for Universal’s Epic Universe.

Is It Worth Holding Off A Trip?

This is a very tricky question to answer. Universal’s Epic Universe promises immersion on a level that will set standards for years to come. Part of that immersion will undoubtedly be ride systems that don’t yet exist to help tell the story of the land and attraction.

If you wait for something new to open you will be perpetually waiting because Orlando is constantly evolving. You can bet Disney will be working on something to counter Epic Universe but they are currently staying tight-lipped.

Having said that, if you are planning on visiting in late 2022 or early 2023 it may be worth holding off making anything definite until we know the timeline for the new park. Just bear in mind that inevitable price rises will make your trip just that little bit more expensive. Also, expect the park to be ridiculously busy for the first few months to a year after opening.

Universal’s Epic Universe is big in name and scope and you can be sure that Universal will deliver on its bold promises. They are going to take time to get things right so that when Epic Universe opens it delivers on everything we have been expecting. It will take us on a journey, it will blow our minds and it will leave us wanting more. It will force Disney to think about maybe, just maybe, adding another gate. It will keep the Orlando market innovating.

That is something we should all be excited about. Yes, it is still 4+ years away but it will definitely be something worth looking forward to. 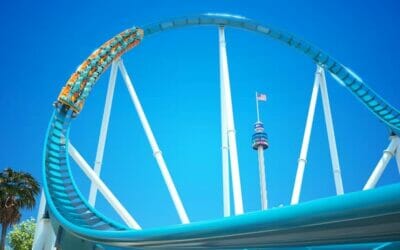 Welcome to the 1st anniversary of Bitesize Orlando. A lot has happened in the theme parks over the last 12 months.... 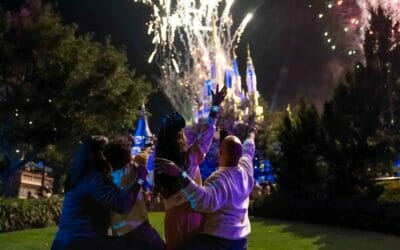 Welcome to another packed month of news from the theme parks in Orlando. It's all been happening this month; Disney... 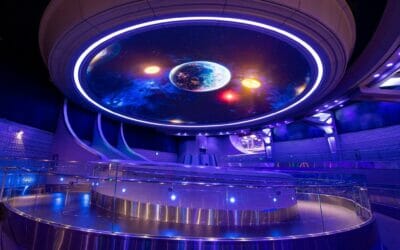 The weeks have gone by in a flash, welcome already to Bitesize Orlando April 2022, your monthly catchup on all things...